The Department of Labor’s (DOL’s) controversial 2016 rule expanding the number of workers who qualify for overtime pay should be updated to match inflation, according to President Donald Trump’s nominee for labor secretary.

“I believe the salary threshold figure would be somewhere around $33,000” after figuring for inflation to the cost of living since 2004—the last time the regulation was adjusted—said DOL Secretary nominee Alexander Acosta, during a March 22 confirmation hearing before the Senate Health, Education, Labor and Pensions Committee.

Acosta indicated that once confirmed, he would first decide whether the department would continue to appeal a November 2016 federal court decision that halted the Obama-era rule on overtime pay. The regulation was scheduled to take effect Dec. 1, 2016, and would have doubled the Fair Labor Standards Act’s (FLSA’s) salary threshold for exemption from overtime pay from $23,660 to $47,476.

The nominee did not say which way he was leaning on the pending litigation, but indicated that the DOL will review and possibly revise the rule.

“Something that needs to be considered is the impact on the economy, nonprofits and geographic areas with historically lower wages, but I’m very sensitive that it hasn’t been updated since 2004,” he said. He added that it was unfortunate that the threshold had gone unchanged for over a decade, but that doubling the limit as the Obama administration proposed went too far and “does create what I’ll call a stress on the system.”

Acosta also said he would consult with officials at the Department of Justice to determine whether the DOL has the power to enact a salary threshold increase at all. The statute as currently written calls for a duties test to determine exemption from overtime, he said. “Does a dollar threshold supersede a duties test, and as a result, is it not in accordance with the law?”

Programs Should Be Effective, Not Just ‘Sound Good’

Acosta was asked how he would handle the White House’s proposed 21 percent budget cuts to department funding. “Dollars will be more scarce, is the reality,” he responded. One of the first things he said he would do is quickly assess the efficacy of the DOL’s job training programs. “We will have to make difficult decisions,” he said.

Spending will depend on how successful programs are and that success will depend on data, he said. “Programs have to be shown to be good. They can’t just sound good.”

Acosta told lawmakers that funding cuts will be precise, and whole programs are not in danger of being eliminated. “Cuts should not be done across the board. We will look at the success of programs state-by-state. Some Job Corps centers work exceedingly well, and others do not. This requires an analysis on a few levels.”

Acosta also emphasized the need to close the gap between the qualifications employers are hiring for and applicants’ skills. He touted the benefits of apprenticeship training, Job Corps centers and the bipartisan Workforce Innovation and Opportunity Act, which the DOL jointly administers in funding thousands of state and local workforce development programs.

In heated exchanges with Sen. Elizabeth Warren, D-Mass., Acosta said he would put all department regulations through a review, citing Trump’s Feb. 24 directive asking cabinet heads to audit all rules for possible elimination or modification. 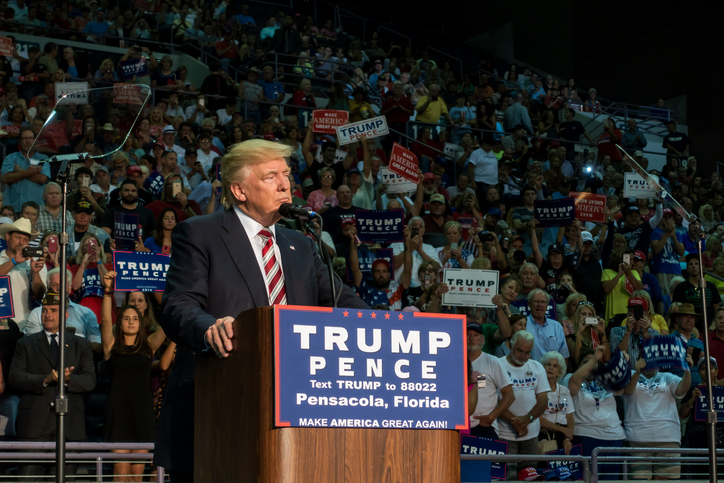 Donald Trump AdministrationFor more information about Donald Trump’s workplace policies and how they affect HR professionals, check out the SHRM resources provided below:

Acosta repeatedly declined to give his personal thoughts on the fate of specific safety and financial regulations, except during one exchange with Warren. After she asked Acosta what he thought about an Obama-era regulation requiring retirement plan advisers to put their clients’ best interests first when recommending investments for 401(k) and other defined contribution plans that is scheduled to take effect April 10, Acosta said that “the rule goes far beyond simply addressing standards of conduct.”

Trump has ordered that the DOL review the rule and delay its start date.

Likely to Be Confirmed

The committee is expected to approve Acosta’s nomination next week, after which it goes to a full Senate vote.

The nominee formerly served as a member of the National Labor Relations Board, as an assistant attorney general for civil rights and as a U.S. attorney for the Southern District of Florida. Currently, Acosta is the law school dean at Florida International University.

Business groups and some unions support his nomination.

By Roy Maurer, for SHRM